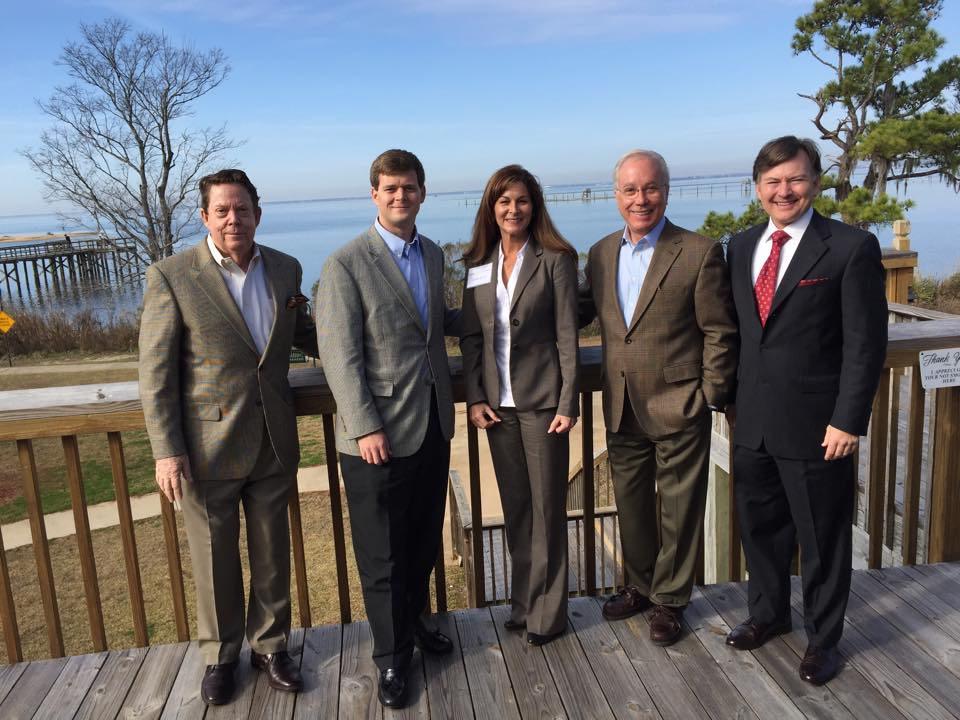 On Thursday, December 18th, CAP hosted its first annual meeting for the organization’s stakeholders and supporters. The breakfast meeting was held at 8:00 a.m. at the Bayfront Park Pavilion in Daphne, Alabama. The focus of the meeting was to celebrate CAP’s efforts working regionally to enhance Mobile and Baldwin counties, as well as thank all those who have supported the organization from the beginning. Prominent members of the coastal Alabama community were in attendance, including Senator Bill Hightower, Representative Randy Davis, and Representative Steve McMillan. 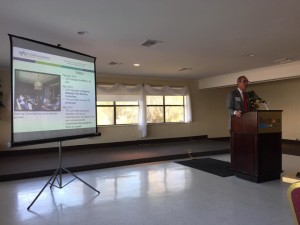 Members of the CAP Board of Directors, along with members of CAP’s Founding Entities Council (FEC), updated stakeholders on the organization’s activities benefiting coastal Alabama. The speakers focused on CAP’s “Firsts for the Region”, including coordinating an elected officials’ trip to Washington D.C. and the creation of a regional tourism website. Sheila Hodges, CAP Board chairman, provided a brief history of the organization, highlighting CAP’s inception from the Coastal Recovery Commission and Governor Bob Riley in 2012. Mayor Sandy Stimpson, CAP Board Vice Chairman, updated stakeholders on the progress of CAP’s regional strategic planning effort and officially announced Goodwyn, Mills, and Cawood, Inc. (GMC) as the lead firm on the project. The planning process thus far includes releasing a Request for Proposals in February 2014, reviewing submissions in April 2014, and interviewing two finalist firms in May 2014. “We are now teed up to do something that has never been done in this region before and that is to develop this plan” said Mayor Stimpson. GMC intends to begin work on the plan in early spring 2015 and to complete the project in six to eight months. 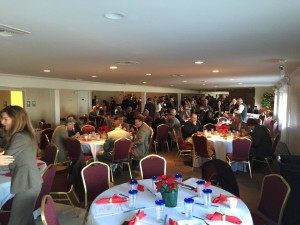 Britton Bonner, CAP executive board member, reviewed CAP’s activities in cooperation with the region’s local elected officials. A few of the highlights included hosting multiple leadership breakfasts and coordinating the September 2014 Washington D.C. fly-in to build support for the I-10 Bridge project. The lobbying efforts of Coastal Alabama’s leaders at the nation’s capital had a large impact and secured support from state and regional officials. “This is about long term, not short term. The focus of the effort is keeping our eyes on the prize” said Mr. Bonner. Al Hutchinson and Herb Malone, members of the CAP FEC and Regional Tourism Council (RTC), discussed the RTC’s creation and beta version of the very first regional tourism website for coastal Alabama. The website was created due to the collaboration of eight local tourism entities, a truly historic task as it is the first time Coastal Alabama has put our assets together as one. The site provides the consumer with a one stop shop of information on all tourism opportunities available in our region and shows the world our uniqueness and diversity of our area as a whole. Mr. Hutchinson stated that “Coastal Alabama has so many special assets that we need to tell the world about.” Alabama Tourism Department Director Lee Sentell was also in attendance and reiterated that “this is not two counties, this is one destination.” 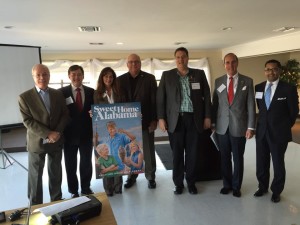 Wiley Blankenship, CAP President & CEO, provided an update on CAP’s efforts regionally regarding wind and flood insurance and revealed CAP’s activities for 2015. These efforts include launching the regional tourism website and coordinating an elected officials’ trip to Montgomery focused on addressing concerns in coastal Alabama in March. CAP is excited to build off of the partnerships and relationships it has created since the organization’s inception in 2012 in the years to come. Mr. Blankenship thanked everyone for attending, saying that “this is your celebration today and you are responsible for everything you saw this morning, plus more.”

CAP would like to thank everyone who attended our inaugural annual meeting. We look forward to working with you in the New Year as we continue to collaborate towards a prosperous and sustainable future for our region.