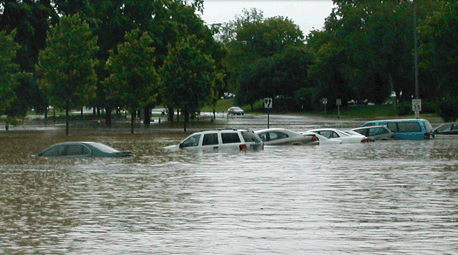 Millions of Americans depend on the National Flood Insurance Program (NFIP), including 54,800 in Alabama, over 65% of them residing in Coastal Alabama paying $22M a year for over $8B in coverage. Coastal Alabama Partnership (CAP) supports a long-term reauthorization and legislation keeping flood insurance rates affordable.

Unfortunately, once again this program is facing a critical deadline. Without Congressional action by July 31st, the program will expire just as we enter the height of Hurricane season creating more anxiety among NFIP policyholders. If the program lapses, no new policies or renewals are allowed, stalling tens of thousands of home closings and risking the recoveries of those who suffer floods.

“Having flood insurance is one of the best ways to be economically resilient, as it provides a financial means to recover from a flood event.” said Hank Hodde, CFM, Planning and Policy Manager, “It is also important to remember that homeowners insurance does not cover flood damage. A lapse in the NFIP would make our communities’ residents and businesses more vulnerable during the peak of hurricane season.”

Allowing this program to expire is ill-advised and avoidable. The NFIP must periodically be reauthorized, however Congress has yet to pass a long-term extension of the NFIP, as debate continues regarding options for reforming the program. This has already resulted in a series of six stop-gap extensions and two brief lapses in 2017 and 2018, and 38 of the last 41 short-term extensions of the NFIP have contained no reforms. If not addressed before the beginning of Congress’ August recess the next lapse could be longer.

As Congress continues to consider essential reforms to the NFIP, CAP respectfully urges Congress to reauthorize the NFIP before the July 31st deadline. CAP supports a long-term renewal of the program, but we recognize that a short-term extension is crucial to avoid a lapse during Hurricane season.

CAP will also work with its coalition partners The Greater New Orleans Inc. (GNO, Inc.) and The Coalition for Sustainable Flood Insurance (CSFI) a national alliance of approximately 250 organizations across 33 states. These partners are pushing for a stop-gap extension before the program lapses and are advocating for long-term legislation that will keep policies affordable, easily accessible, and meets the needs of all consumers.

It is in the national interest to recognize that many communities exposed to flood risk are hubs of trade, finance, agriculture, and other nationally-significant economic and defense activities. Affordable and sustainable flood insurance is critical to the long-term success and vitality of the region. CAP will continue to work with regional Gulf Coast partners to address the various issues and challenges to affordable wind and flood insurance coverage for all citizens and businesses of Coastal Alabama.