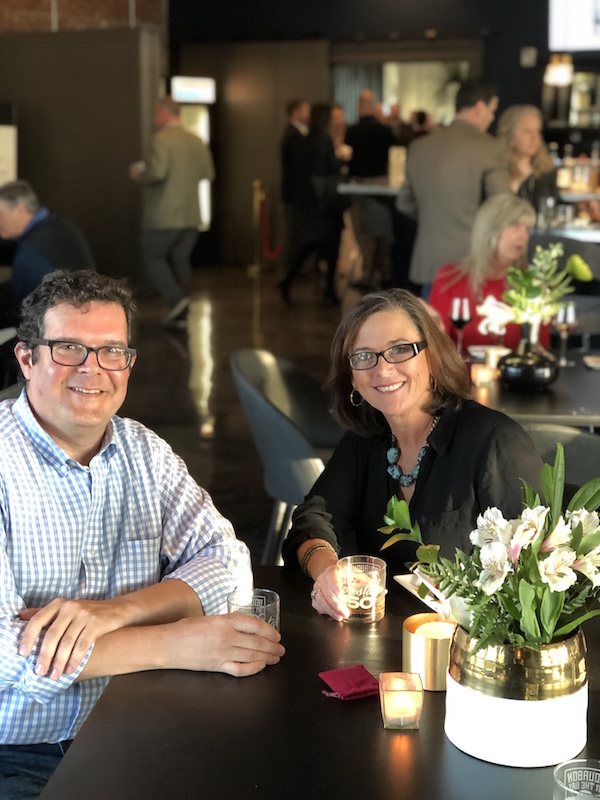 On Sunday, November 10th bourbon lovers from all across the Gulf Coast gathered for the 3rd annual Bourbon by the Bay. With a new venue and more bourbons to taste than ever before, the night was guaranteed to be a success.

Over 350 people attended this year’s premier bourbon tasting event and here are a few highlights:

This year’s event was hosted at the newly opened Crown Hall in the old Red Cross building at Dauphin and Broad. Not only were the grey marble-like stained floors a hit, but the open space where the majority of tastings, food, music and silent auction were located extended into a much more intimate room filled with bay windows, a bar which runs the length of the room and modern furniture which was just as comfy as it was good looking.

Also new to this year’s event was a cocktail tasting competition. Four area bars, the Haberdasher, The Noble South, The Fly Bar and the Crooked Crown competed to make the best cocktail with Clyde Mays Whiskey. After celebrity guest judges, Panini Pete, George Talbot, LC Mays, Abe Harper and Amanda Gibson tasted each cocktail, The Haberdasher was named winner and awarded a bottle of Clyde Mays Whiskey, a custom designed award, as well as, a one-page ad in the Lagniappe announcing their victory.

Learn from the Distillers

Bourbon by the Bay 2019 was also the first year that representatives from the distilleries whose bourbons were available for tasting joined us at this amazing event! There is nothing better than learning about the amazing bourbon you are tasting which is why each of these representatives also presented in depth bourbon lectures every thirty minutes.

Great Gets at Our Silent Auction

Aside from tasting great bourbon and gourmet food all night long, several of our guests were able to take home extraordinary items from our silent auction. Among these items was the coveted Weller set of 5 bourbons, wheelbarrow filled with wine, Yeti hopper filled with whiskey miniatures, autographed bourbon barrels and lots of other great items. This year, for the first time, separate from the silent auction one lucky guest was able to take home a Blanton’s set of 8 bottles from our drawing! Needless to say, there were plenty of smiles and celebrations at this year’s event.

Lastly, at the 3rd annual bourbon tasting event, there were over 30 different bourbons and whiskeys available for tasting! More importantly, several of these you are unable to find in liquor stores throughout the state meaning, if you didn’t get the chance to taste them at this year’s event it is highly likely you will be waiting until November 2020 and the 4th Annual Bourbon by the Bay rolls around to taste these exclusive bourbons.

Just like the 1st and 2nd Bourbon by the Bay, the 3rd annual event did not disappoint. Both bourbon lovers and those just looking for a fun-filled evening gathered at Crown Hall to enjoy gourmet food from Bay Gourmet Catering, dancing tunes from Fat Man Squeeze and of course great company!

This event could not be a success with our presenting sponsor, Cooper T. Smith Corporation, and all of our other sponsors, Austal, Alabama Power, Alexander Cooksey, Lagniappe, Randy Jones and Associates, the University of South Alabama and Volkert.