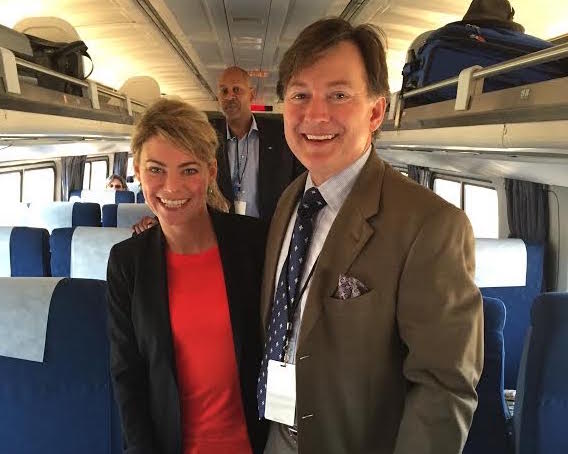 On December 4th, 2015, the Fixing America’s Surface Transportation (FAST) Act became law, authorizing $305 billion over the next five years to the U.S Department of Transportation’s rail, highway, public transportation, safety, research and technology projects and programs. Among the FAST Act’s policy provisions, the Federal Rail Administration (FRA) was provided $500,000 to convene a working group and conduct a study on restoring passenger rail service from New Orleans, Louisiana to Orlando, Florida. Formerly called the Sunset Limited, “Amtrak operated along this corridor prior to suspending service in August 2005 due to Hurricane Katrina, which caused extensive damage to the rail infrastructure over which the service operated” (FRA).

The responsibilities of the working group, outlined in the FAST Act, are to

“There has been an exciting pattern of cooperation from all parties in this effort – from federal and state elected officials from both sides of the aisle, to industry representatives, to community leaders.  The progress made by the GCWG during its first 8 weeks of existence lead me to believe that gulf coast rail service is not only possible, but in fact, probable” – Greg White, Chairman of the SRC and member of the GCWG.

At the end of the nine month process, the working group will produce and submit a report to the Committee on Commerce, Science and Transportation of the Senate and the Committee on Transportation and Infrastructure of the House of Representatives. The report will include the preferred option selected by the working group, potential funding sources and a cost and benefit analysis of restoring passenger rail along the Gulf Coast.