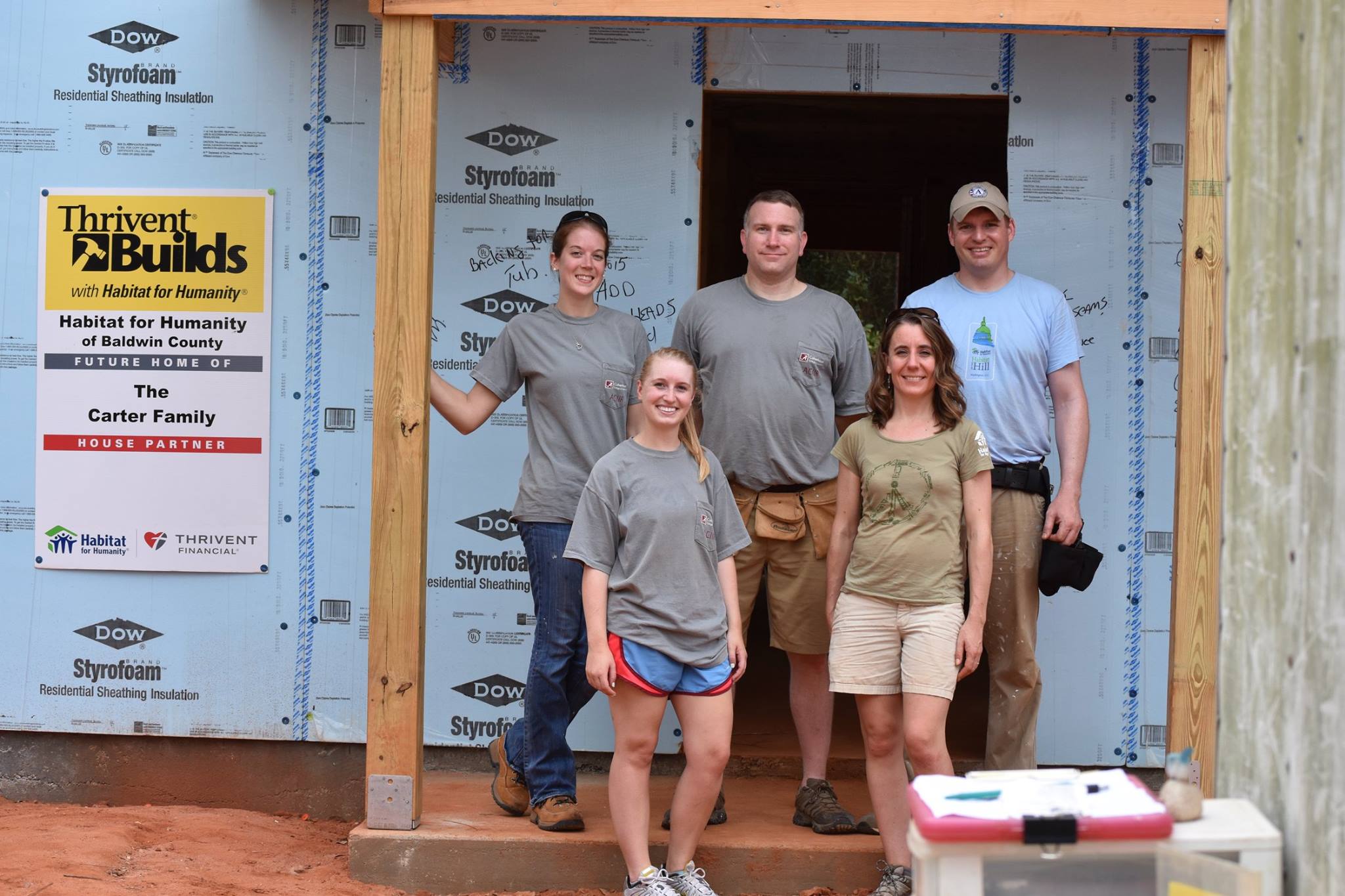 Habitat for Humanity is a nonprofit organization that provides homes and hope for hundreds of families along the Gulf Coast. In coastal Alabama, Habitat for Humanity has gone beyond the call by not just constructing a building but ensuring that it is built to the highest standards of resilience, FORTIFIED Gold.

“The FORTIFIED program is a national program designed to improve and strengthen new and existing homes, developed by the Insurance Institute for Business and Home Safety (IBHS). The program utilizes a third party evaluator to inspect and gather information to achieve a program designation. The methods included in the FORTIFIED program are applied building science solutions that have been tested and proven. FORTIFIED applies a building block approach with multiple levels of Bronze, Silver and Gold, starting with the roof as the most important component.“ (Source: http://www.smarthomeamerica.org/fortified.php)

With the constant threat of tropical storms and hurricanes every year, coastal Alabamians are all too familiar with seeing blue tarps on every roof or being completely displaced for long periods of time after a storm event. Building homes to FORTIFIED Gold severely decreases the amount of destruction in our community and greatly increases the likelihood of getting back home, back to work and back to normal quickly following a disaster. This in turn improves the resilience of our coastal economy as employees are able to return to work within a reasonable amount of time because they still have a roof over their heads. CAP understands the importance of a resilient coastal economy and sees FORTIFIED building’s positive impact for the future of Alabama’s Gulf Coast. In addition, building and/or retrofitting homes to FORTIFIED standards can greatly reduce wind insurance premiums in an area that has been troubled by high costs for decades. Building to FORTIFIED standards gives our coastal community the opportunity to not only have a safer place to live but a cheaper place to protect.

On Tuesday, September 15th, 2015, Coastal Alabama Partnership (CAP) had the opportunity to participate in a FORTIFIED Habitat for Humanity build in Daphne, Alabama. CAP’s mission is to be an integral part in improving the quality of life of those in our region and that includes making it a resilient place to live, work and play. Being a helping hand at the build allowed us to take a physical step toward making our goal a reality, one nail at a time. It also gave us the opportunity to support our partners, Smart Home America (SHA) and the Alabama Center for Insurance Information and Research (ACIIR), in their efforts to build a resilient coast.

Taking part in the build showed CAP firsthand the FORTIFIED Gold building method. Each step is carefully executed to ensure that the home remains standing and livable following a natural disaster. Nailing in each hurricane strap, we took away the understanding and need for this to be the norm in our area. It showed us what it takes and how it could be possible to have a more resilient Gulf Coast if FORTIFIED building was fully embraced by every coastal homeowner.

Thank you to SHA and ACIIR for organizing the build and to Habitat for Humanity for hosting us. We look forward to continuing to be a partner in educating the public and our local leadership on the importance of building FORTIFIED. Visit www.smarthomeamerica.org for more information on FORTIFIED and how you can make your home and community stronger.

(Our thanks to Alabama Center for Insurance Information and Research for use of some of the photos above.)