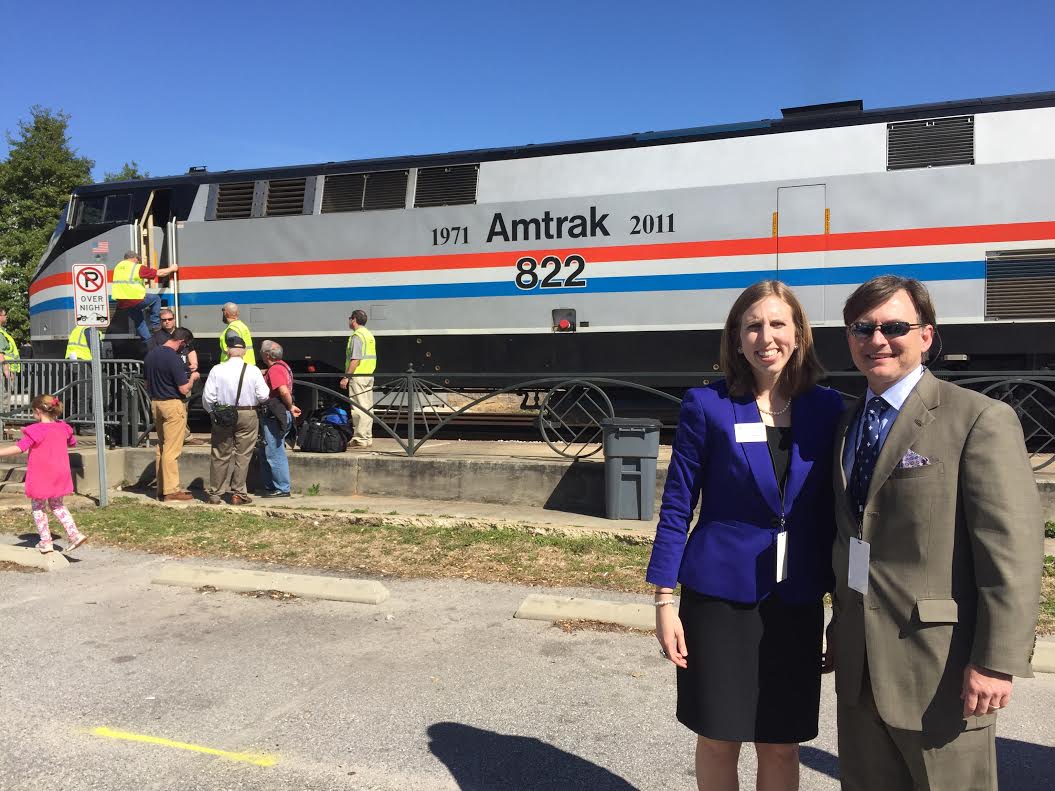 Passenger rail has historically played a significant role in safely transporting people across the nation effectively and economically. Rail services, such as Amtrak, interconnect cities throughout the country and at one time, connected the citizens of the Gulf Coast from New Orleans, Louisiana to Jacksonville, Florida. However, following the devastation of Hurricane Katrina in 2005, passenger rail service has not been available along this corridor for over ten years. In an effort to reestablish passenger rail along the Gulf Coast, the Southern Rail Commission (SRC) has been working to “engage and inform public and private rail interests to support and influence southeast rail initiatives” (SRC promotional materials). Over the past decade, the SRC has helped leaders understand the benefits of passenger rail in the region and worked with Amtrak to develop a feasibility study on reinstating passenger rail along the coast.

As a next step towards their goal, the SRC partnered with Amtrak to conduct the “Gulf Coast Passenger Rail Inspection Train” on February 18th -19th, 2016. This would be the first time since Hurricane Katrina that rail service would carry passengers east of New Orleans. Elected officials, business leaders and community organizers throughout the region were invited to experience what it would be like to travel the Gulf Coast by train first hand. The SRC’s goal in conducting the inspection train was “to examine the existing CSX railroad infrastructure and to better understand rail’s economic, cultural and mobility opportunities.” (SRC promotional material). The train traveled over two days from New Orleans to Jacksonville and made 12 stops along the way at cities that were once connected to each other by passenger rail.

The trip began in New Orleans the morning of Thursday, February 18th, 2016 with a press conference at Amtrak’s station. Dignitaries from local, state and federal government addressed an enthusiastic crowd about the importance of reinstating passenger rail among the cities of the Gulf Coast. Highlighting job creation, Mayor of New Orleans Mitch Landrieu stated that “when you make investments in rail…you make America strong again.” U.S. Representative Cedric Richmond (LA) spoke on Amtrak’s benefit to tourism, stating that reestablishing passenger rail would give New Orleans the ability to attract 2 million more visitors to the Crescent City annually. “Today we take a major step in making passenger rail a reality for the south coast states” said U.S. Senator Roger Wicker (MS). The press conference concluded with a resounding “Ya’ll aboard!” by John Spain with the SRC and at 8:45 am, the Amtrak inspection train pulled out of the station with a group of over 100 on board excited for the day’s adventure.

Along the route, the inspection train passengers were greeted with wholehearted southern hospitality. Each stop received its guests with great excitement waving American flags, playing upbeat music, lifting high homemade signs and overall showing their complete support for reestablishing passenger rail. Leaders throughout the region, including the Governor of Mississippi Phil Bryant, spoke to the cheering crowd about the importance of passenger rail to their community and how the SRC pledges to continue to work towards it becoming a reality.

The train pulled into Mobile, Alabama at roughly 1:00 p.m. to the sound of Mardi Gras music and people holding signs that said “#BringBackAmtrak so Everyone Can Visit Mobile.” Visit Mobile CEO & President Al Hutchinson, Mobile City Councilmen Gina Gregory and Fred Richardson and Mobile County Commissioner Merceria Ludgood spoke to crowd on how bringing back passenger rail will positively impact Coastal Alabama. Councilman Gregory said that “there is no doubt that this area of the Gulf Coast is growing and because we are growing so much, we know we need those transportation alternatives and what a fabulous alternative having an Amtrak train here would be.” Commissioner Ludgood agreed, stating that “this train has the potential to link us together” in regards to the entire Gulf Coast.

A successful trip in promoting passenger rail in the area, the inspection train left many feeling excited for the future of transportation throughout the region. Thank you to the SRC and Amtrak for organizing the trip and to all those who showed their support for the effort both on and off the train. CAP will continue to work with the SRC in their efforts to reestablish passenger rail along the Gulf Coast as soon as possible.

For additional news coverage of the trip, please check out the follow links: