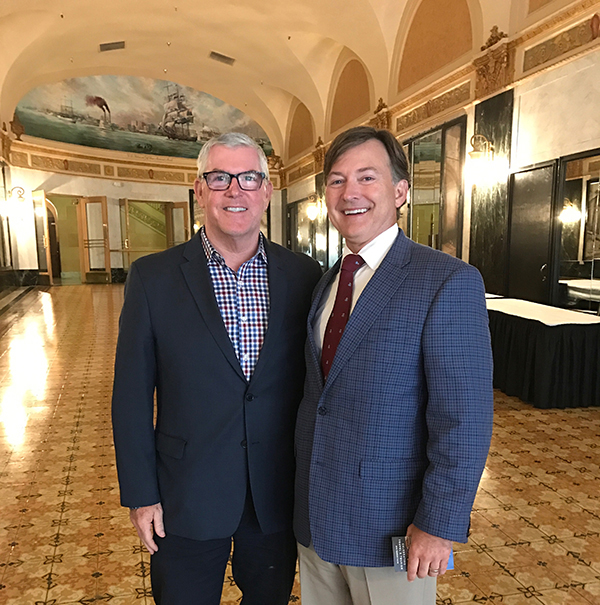 On Friday, October 7th, Coastal Alabama Partnership held its quarterly Elected Officials Forum featuring the impact of tourism on our economy. Over 50 elected officials from Baldwin and Mobile counties gathered to hear from our tourism leaders and a special guest on the value of tourism to our coastal economy. Don Welsh, President and CEO of Destination Marketing Association International, joined us to discuss the role of a DMO (Destination Marketing Organization) and share national trends in tourism.

Al Hutchinson, President & CEO of Visit Mobile, also shared the successes of Visit Coastal Alabama, a partnership of the eight destination marketing organizations in Baldwin and Mobile counties. Among their many accomplishments, this group has launched a new regional marketing campaign focused around a single-source website promoting all things to do and see around Coastal Alabama – www.visitcoastalalabama.org.

Overall, the day was a great success with knowledge shared, visions set and networking as a region to continue upon the success to grow tourism in our region. Coastal Alabama Partnership will continue to host Elected Official Forums in 2017; stay tuned for more exciting news to come.